In this tutorial, let's trigger an Iterable email as an effect in Talon.One.

For example, you can generate a coupon code for a user when certain conditions trigger and automatically email them the code via Iterable.

We will rely on the template feature in Iterable, and the webhook feature of Talon.One.

Creating a template in Iterable#

To trigger an email, let's create a template used to send information to the user. Use the {{placeholder}} syntax to create placeholder field. It will be populated from Talon.One.

Creating a triggered campaign in Iterable#

Creating an API Key in Iterable#

Creating a webhook on Talon.One#

Let's create the Talon.One webhook that triggers the Iterable email:

Add parameters for any webhook-specific data you'll need to pass to Iterable. In our case, let's image we want to pass a coupon code so we create the following parameter:

Let's populate the payload of the request. The body should contain the email addressee and how to populate all of the placeholders in the email template.

Your setup might vary depending on what data you want to dynamically populate in the email, but the same principles apply.

We define the following payload:

To learn more about how to access Talon.One attributes and include them in the webhook, see Using parameters in a webhook.

Triggering Iterable emails as an effect#

Now that everything is set up, we can trigger an Iterable email via the Rule Builder.

For example, here we create a coupon code for the customer and trigger a personalized Iterable email including that code. 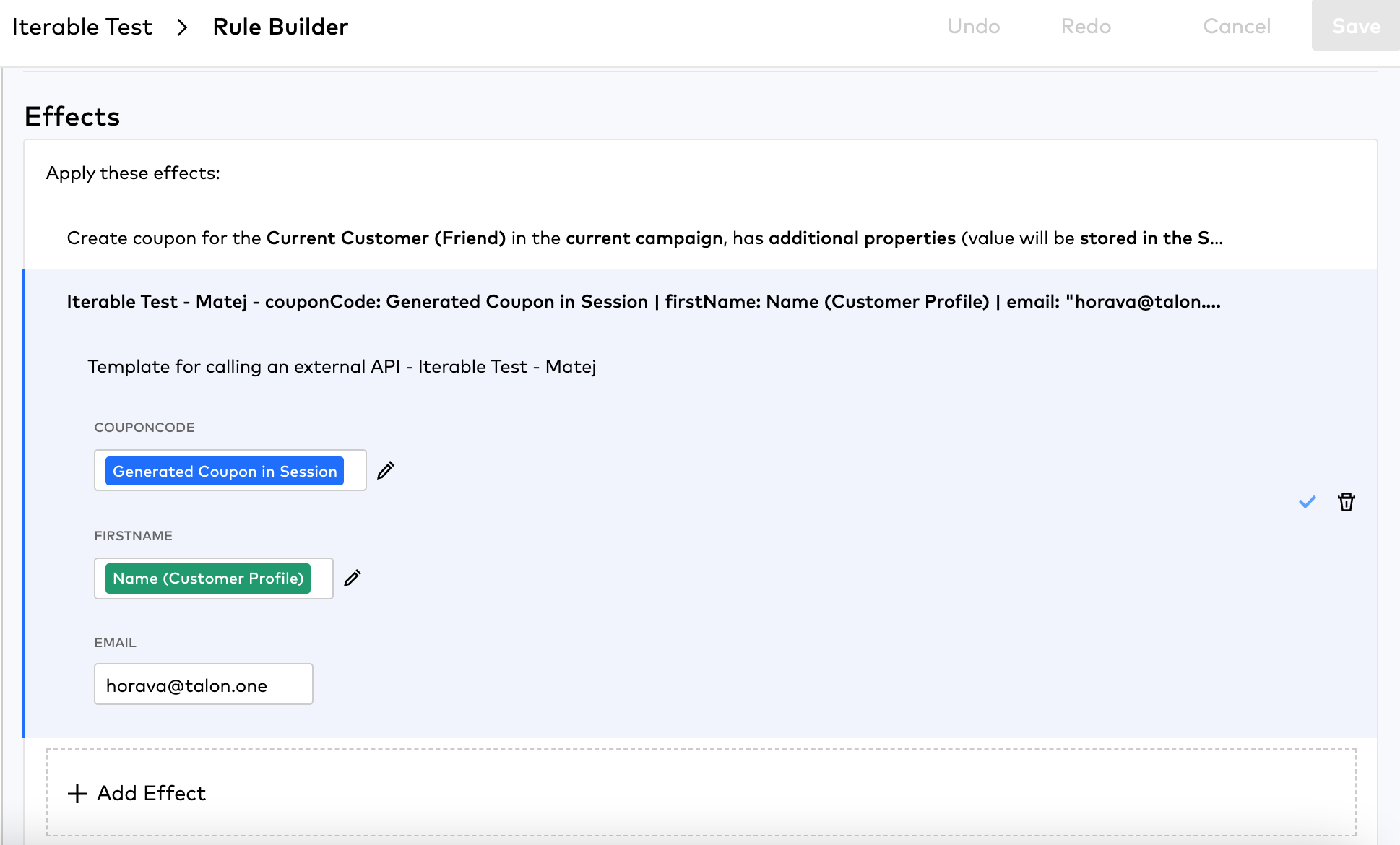 Every time the rule is valid, it will trigger Iterable to send an email to the current customer.